How We Can Overcome the Inevitable Stigmas of a Crisis

Learning from the HIV/AIDS Epidemic and the COVID-19 Pandemic. 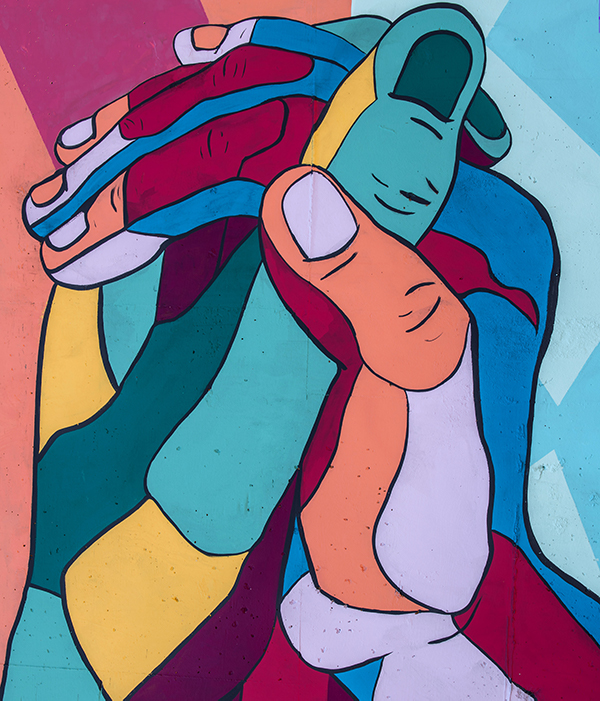 We are living in a unique time, one that has changed our routines, our perspectives, and our lives indefinitely. And taking our first crucial step towards healing requires acknowledging our past failures. One of which is not recognizing each other's humanity. The COVID-19 pandemic and HIV/AIDS epidemics are important examples of why this shift is critical. Where we once failed to treat one another with kindness in the face of the unknown, we must instead shift gears and be willing to overcome the inevitable stigmas that arise in the face of major crises.

As early as November 2019 the US administration learned of an outbreak in Wuhan, China that would likely pose a threat to U.S. forces in Asia, and beyond. Not nearly enough precautions were taken to contain COVID-19 and slow its spread. Reactionary measures caused America's economic engine to come to a screeching halt as Americans and people the world over are encouraged to practice social distancing and self-quarantine as needed. Hospitals in the US, ill-prepared to face a major pandemic, have done their best to accommodate people who have tested positive for COVID-19 and who are displaying the worst symptoms.

Medical staff treating those infected with the virus are taking special care to use personal protective equipment which is in increasingly short supply. People who have tested positive for COVID-19, especially those experiencing extreme symptoms, are deemed highly contagious and carry with them a new stigma. The staggering number of lives lost to COVID-19 has overwhelmed morgues in many places, and in New York, the city recently shortened the length of time families have to claim their loved ones before they are buried in Potter's Field on Hart Island. Many aspects of this pandemic have been reminiscent of the AIDS epidemic, caused by HIV (Human Immunodeficiency Virus) in the 1980s.

Although the first known case of AIDS reached the US as early as 1960, the AIDS epidemic ballooned in the 1980s in San Francisco, New York City, and beyond. Responses to AIDS at the time were inhumane, violent, and crude and the epidemic took years to receive the attention and resources it deserved. Hospitals isolated people diagnosed with the disease from others, as many of them withered away due to mistreatment, a lack of care, and a lack of general knowledge at the time. The physical signs of the disease were undeniable and haunting. AIDS carried the stigma of incorrectly being labeled a "gay" disease, though we later learned that the spread of the AIDS pandemic was largely due to the sharing of syringes by people who were HIV positive. During its outbreak, many carried insurmountable shame on their shoulders as they learned of their status. Having been exposed themselves, and in some cases unaware that they were carrying the disease, some unfortunately exposed others. In its most final stage, when the body was frail and unable to continue fighting, many spent their remaining days in isolation from their loved ones. Similar to COVID-19, unclaimed bodies were lost to unmarked graves in Potter's Field on Hart Island.

While there are several commonalities between COVID-19 and the AIDS pandemic, there are a few recurring themes that are worth mentioning. Many of us understand that the key drivers of violence are also the drivers of pandemics. One of the key drivers of violence is exposure to violence in the first place. And contrary to popular belief, violence happens in addition to interpersonal circumstances. Violence is also systemic, and any society that would deny members of its population access to basic human rights, like decent housing, access to healthcare, or closing the entity responsible for preparing our country for a pandemic, is inherently violent.

Systemic violence plays a sinister role in the spread of pandemics, and systemic violence is a common thread shared by both the HIV epidemic and COVID-19 today. Similarly, stigma and isolation are common threads between both crises. Those living with HIV/AIDS during the epidemic, or who were in close proximity to someone with the virus or disease, knew firsthand the excruciating pain of carrying the weight of their illness alone, ostracized by and isolated from the larger society. The level of care to which we have responded to COVID-19 has been better informed, but isolating for those fighting the virus nonetheless.

So, how do we work through these factors and become a society that doesn't repeat its mistake of causing harm? By taking approaches to manage crises that are survivor-centered, safety-driven, accountability-based, and racially equitable. When a crisis unveils itself, it is imperative we listen to, learn from, and understand those who have experienced it firsthand. In doing so, we build empathy and pathways to solutions that we would otherwise have difficulty identifying. Safety-driven approaches are equally important, and in taking precautions like personal protective equipment, quarantining or social distancing, and other measures meant to keep us safe, we should remember how lonely and isolating these experiences can be for many, and take equal measures to show up for one another in the midst of this.

Additionally, it also means holding ourselves and our neighbors accountable when stigma and fear would have us do otherwise. Discrimination and hate crimes against the LGBTQ community were heightened during the HIV/AIDS epidemic in the '80s and '90s. Today, hate crimes against Asian-Americans have been inflamed amid fears of COVID-19. This is unacceptable, and in order to truly be safety-driven, we must dispel the notion that such behavior in any form supports the end of the crisis we are facing. Instead, we must seek to find and uplift solutions that keep everyone safe, especially our most vulnerable, during times of crisis. Equally important, is that we hold our leaders accountable. Had we been more proactive, had we invested in our citizens, and put the necessary infrastructure in place to bring this pandemic to its knees, projected fatalities due to COVID-19 would have been lower, and perhaps many of the lives we are mourning now could have been spared.

Lastly, our responses to crises have to be racially equitable. HIV/AIDS was once wrongly viewed as a 'gay man's' disease, or an illness that only affected Black and Brown people, and thus was grossly mishandled from the onset. COVID-19 was largely viewed as a disease mostly affecting non-Black older people, and people with pre-existing conditions, until more recent data revealed that the virus is hitting African Americans the hardest. Had equity been a filter that we applied to all people, African Americans would not be the most vulnerable to COVID-19 as a result of larger systems of inequity, and gay men and people of color would not have been blamed and mistreated for the HIV/AIDS epidemic. The only way to address the aspects of a crisis that further separates us is to amplify those factors that can unite us. By doing so, we can overcome the inevitable stigmas of crises and truly support one another in creating a survivor-centered, safety-driven, accountability-based, and racially equitable world.