Everyone deserves a check

Trump's stimulus checks left out millions of Americans. It shouldn't have. 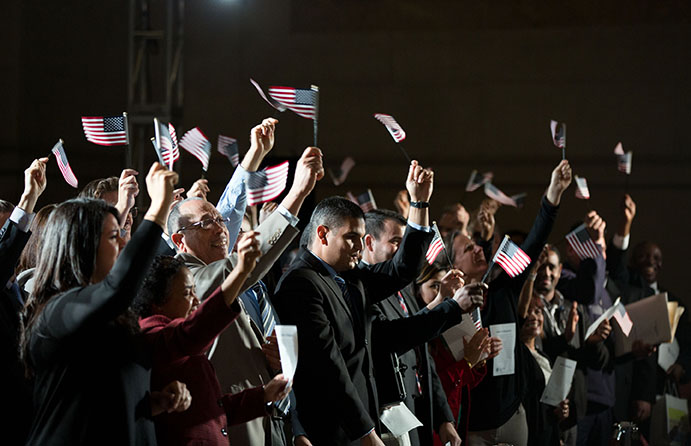 As we face a global pandemic with this new strain of coronavirus, governments the world over are rethinking ways to remedy the subsequent economic fallout. Last month, the Trump administration announced they were seeking a $1 trillion for economic relief with a plan to issue a direct check to every American during the following weeks. This isn't the first time the U.S. government has tried giving economic stimulus checks to Americans. President George W. Bush used this strategy with the Economic Stimulus Act of 2008. It gave a tax rebate of at least $300 to low- and middle-class Americans – more for those with children, and included tax incentives for business investments.

But here's the catch: the tax rebate of 2008 excluded about 1 million legal residents and tens of thousands of military members because of an amendment that was aimed to prevent anyone with an Individual Taxpayer Identification Number (ITIN) from receiving a check. In other words, the amendment was created to prevent undocumented people from receiving a paycheck even though they contribute hundreds of millions of dollars in taxes every year.

The Trump administration seems in line to repeat the same mistakes that the Bush administration made in 2008. Trump's stimulus package issued a one-time $1,200 check to every person with a valid social security number who's paid taxes in the last two years. They must make less than $75,000 a year to be issued the full $1,200 unless they file as the head of household. This plan has once again, excluded taxpayers who file with ITIN's and those who've been unemployed or had no income to claim in 2017 or 2018.

This should go without saying but anyone who pays taxes in the United States deserves a stimulus check.

Those who are unable to pay taxes because they didn't make enough money to report should also receive a stimulus check. The unemployment rate in this country is often misleading. It only takes into account people who are capable of working and those who are looking for work. If someone is physically incapable of working or has lost hope in finding work at all, they are no longer included as part of the workforce and are not included in the unemployment rate. They're called "discouraged workers" and many of them are people with disabilities or formerly incarcerated people who struggled to find a job because of the collateral consequences of their charge. Their inability to join the labor force should not condemn them to poverty or allow us to leave them out of our national efforts to combat coronavirus.

As most of the world shuts down in order to "flatten the curve" of coronavirus infection, millions of people have had to shelter in place in the comfort of their own homes. Many of them have the privilege of working from home. Many more have been laid off because their employers simply cannot shoulder the costs of keeping them on during this crisis. And still, others have continued working, despite risking themselves to exposure, because they cannot afford to take time off.

Then there are America's farmworkers.

According to a National Agricultural Workers' survey, nearly 50% of all of our nations' farmworkers are undocumented. The work that they do is so essential that they are a part of the population that cannot be asked to shelter in place. They often receive no benefits, no paid sick leave and have no healthcare. These people that make sure that our grocery stores still have food on the shelves are part of that population that would not receive a stimulus check.

At Common Justice, we are principally in the business of ending violence. But we approach violence as what it is: something inextricably connected to health and wellbeing. We believe that violence is in many respects a public health issue and that any approach to a public health issue must be racially equitable. COVID-19 is unquestionably a public health issue, and as such, shares many of the same key drivers that drive violence: exposure, poverty, racial inequity and inadequate access to healing and care. The stimulus checks that the Trump administration is issuing cannot leave out those who are most at risk of being exposed, those who lack the resources to care if and when they are exposed, and those that have been forced to live on the margins of our society and keep this country fed.

Sending a stimulus check to every American with the exception of those who had no income to report last year or those who file using an ITIN would only fuel the spread of COVID-19 as people continue to work and risk exposing themselves in order to keep food on the table. Just like inadequate responses to violence have only ever begotten more violence, so too will this inadequate response to the novel coronavirus only increase the rate of infection. Just as we cannot end violence without addressing the root causes that drive it, we cannot slap a $1200 check on this and expect it to lessen the blow that this pandemic has taken on our country. In order to truly remedy this public health issue we need to decrease exposure, uplift the voices of survivors in a way that is racially equitable, and we need to hold accountable those responsible for the broken systems that have allowed this virus to overwhelm us.

Emilce Quiroz is the Communications Coordinator for Common Justice. She's a graduate student at the Craig Newmark Graduate School of Journalism where she's majoring in Spanish and Documentary Journalism. She graduates Fall 2020.