This crisis was preventable

How America’s structural inequality led us to a preventable public health crisis. 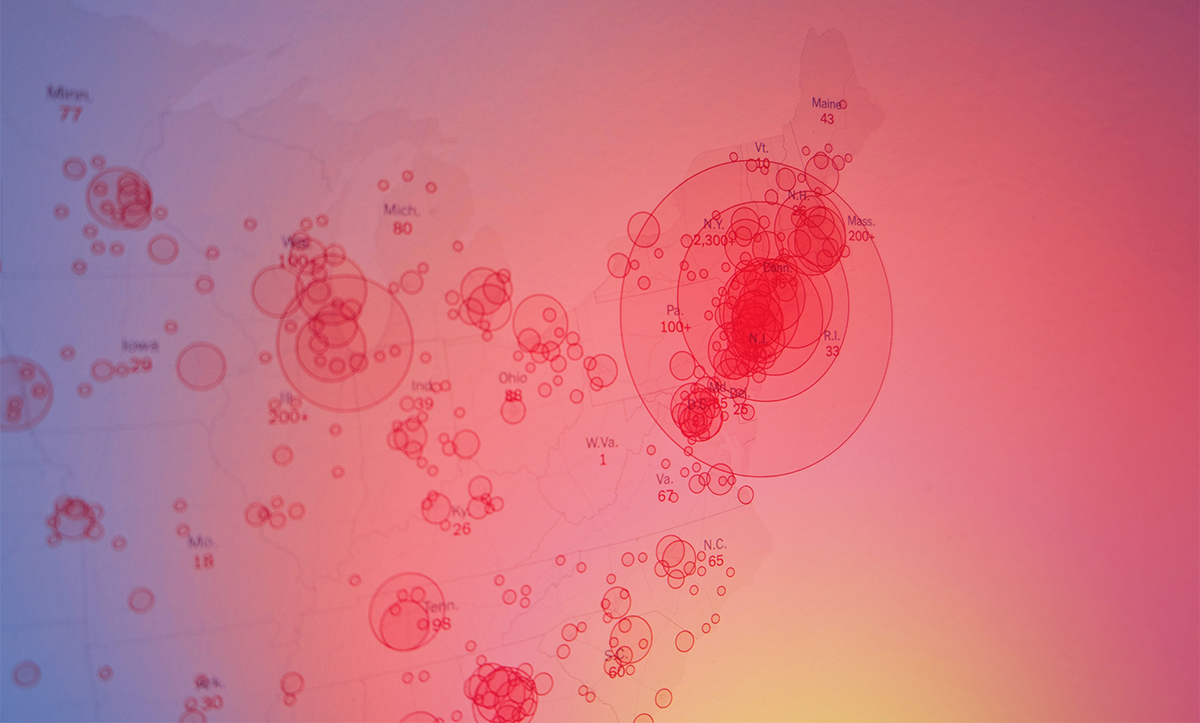 The Coronavirus pandemic in the United States is a tragic example of how a failure to prepare can lead to the gross mishandling of a major crisis. Three months prior to the first confirmed positive in the U.S., the world was already bracing for the impact that Coronavirus would have. In that time, although much was still unknown, little to no measures were taken in the United States to prevent the predicament we now find ourselves in, a global pandemic with seemingly no end in sight. Our government’s unpreparedness at all levels exacerbated a manageable crisis, putting politics over the lives of people.

It was no secret that COVD-19 had the potential to become a pandemic, however, the devastation it is currently waging on our communities was aided by our government’s apathy. A new study by Columbia University has found that if social distancing guidelines were implemented two weeks before March 15, that nearly 54,000 lives would have been saved. It's disappointing, though not surprising since the United States has continually disregarded structural inequalities like the lack of healthcare access, mass incarceration, and worker’s rights, all culminating to make a very preventable pandemic a grim reality.

Like most crises, there were warning signs before the worst happened. As numbers of people confirmed to have contracted COVID-19 ballooned in eastern Asia, the United States should have paid closer attention. Instead, the federal government failed to take precautions to protect those most vulnerable to the virus, essentially downplaying the risk it posed to everyone.

Now, the United States leads the world on the worse metrics of the virus, with 1.5 million cases and estimated to reach 100,000 deaths by early June. Many states are still not employing the strategies necessary to stymie the spread of the virus while rushing to re-open. Why is it that the U.S. is still flailing to wrangle a virus that it had months to prepare for, while countries closer to the original epicenter like South Korea have contained the virus? The answer lies in our country’s comfortability with many of its residents living without basic needs like healthcare and leaving those most vulnerable to fend for themselves.

As local and state governments began contemplating “stay-at-home” orders, it was already too late. The virus was spreading, and hospital systems quickly became overburdened with COVID-19 patients, many of whom never stood a chance. With the number of people living in the U.S. either being underinsured or uninsured altogether, we know that many who had symptoms were not seeking care until it was too late. All the while, unintentionally infecting others before reaching a hospital. Coupled with this, many people have little to no sick time to take if they are feeling unwell or are not able to take time off for fear of missing income. Many people have very little choice but to keep working during a pandemic.

The federal government painted the situation as a passing issue, leaving many to fend for themselves all the while knowing the country was ill-equipped to deal with the pandemic. Medical centers are bracing for the possibility of a second wave, hoping to obtain supplies and equipment to care for COVID-19 patients while trying to keep medical professionals from contracting the virus in their daily work. Simultaneously, jails and prisons have become hotbeds for spreading the virus, as many are woefully unprepared and unwilling to shield everyone within their walls from falling ill.

One of the lessons of COVID-19 is that our collective health depends on everyone having access to care—not just those with privilege. If the United States actually reckoned with its history of inequality and implemented the structural change necessary to protect not only those who were most vulnerable but all of us, the Coronavirus pandemic would almost certainly have been better contained. This is not the last time we will face a similar challenge. We must heed the lesson of this pandemic and steer unapologetically into flattening the inequities in our culture. If we don’t, this will not be the last time we experience exactly this kind of suffering and loss, and we will all pay the price for failing to commit unequivocally to the wellbeing of every last one of us.

D’Angelo Cameron is the Digital Media Manager for Common Justice. Before joining Common Justice, he was the Online Campaigns Producer for the American Civil Liberties Union (ACLU) where he led strategic rapid response and digital advocacy campaigns on issues that threatened civil rights and liberties.